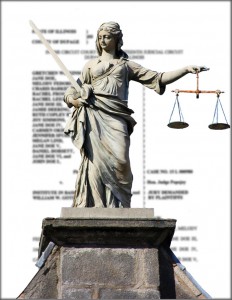 With the amended lawsuit this week against Bill and IBLP bringing the total – and final – number of plaintiffs to 18, my friend Chris asked for a reaction.  Because we interact with Bill fairly regularly it is inappropriate to offer a detailed response at this time.  But my comment to Chris was:

Let’s see . . . We don’t like lawsuits, lawsuits are not a game, there will be no more plaintiffs added as this was the judge’s well publicized date to end that . . . And, after all the years, all the alleged enormous numbers of accusers, all of the full court press, three months of worldwide publicity, the possibility of real money to pick up participants, this is all they could come up with. Think about 50 years, tens of thousands of participants, Bill deliberately seeking out troubled youth to try to help all around the world, given the fact that by the laws of statistics some small percentage of those thousands would remain troubled, are liars and would jump at the chance to gain some publicity let alone some money . . . And THIS, ladies and gentlemen, is it.

And, of course, both Bill and IBLP will, by God’s grace, be vigorously defending themselves.

And I can’t help but think about a number of other named people who now get to have their names dragged through the dirt. Maybe issues that were fully resolved, I don’t know.

So, we shall see. May The Lord examine all involved, take charge, and allow mercy and truth to triumph.

If there are other questions, perhaps we can collect them here.  We will do our best to respond without breaking the rules when it comes to information we may have received which is not – yet – for public consumption.