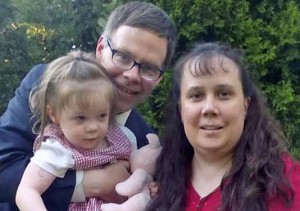 Mr. Gothard has been there so much for our family and in difficult times,  he has helped us. He always treated me with respect in my interactions with him and went out of his way to help our family,  even when my mom was in stage three cancer,  he had her see a specialist he knew about to try to help her.

I married in 2011,  the same year my mom passed away. We followed the way of courtship and can testify that courtship works! My husband Tim benefitted so much from the seminar material and was in ATI,  as well,  as an adult. He worked on staff in the 90s and observed a lot. One of the things people are saying is that Mr. Gothard concentrated on girl’s appearance,  but my husband remembered him addressing it to 500 young men in November of 1993 at a young men’s conference and also addressed it in the Wisdom Booklets,  as well as in his books for recommended reading.

My husband and I have a great marriage and we owe a lot of it to the teachings we received from IBLP and ATI. My husband respects me greatly,  and I him,  and he listens to my counsel.

We owe so much to Mr. Gothard and how he has devoted his life to young people.