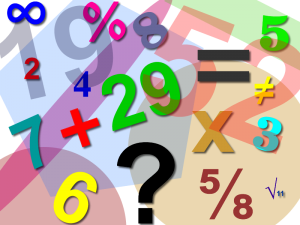 Mathematics is a wonderful discipline, one that some of us love.  We know that numbers matter and don’t like to be abused.  They speak to the carefulness and veracity of those that would purport to report on a matter. So here are some numbers as we have found them that don’t seem to add up:

March 7, 2014, “As many as 34 women who worked for Gothard claim that he harassed them; four claim that he molested them,”  (https://www.washingtonpost.com/national/religion/conservative-leader-bill-gothard-resigns-following-abuse-allegations/2014/03/07/0381aa94-a624-11e3-b865-38b254d92063_story.html , which attribute to “an organizer involved in the whistle-blowing website Recovering Grace”.)

June 24, 2015, “we’re aware of more than 60 women who have experienced sexual harassment and worse.” (Bev Burrell, speaking for Recovering Grace in http://www.worldmag.com/2015/06/bill_gothard_defends_himself_on_new_website, World Magazine)  This number has been out there a while and circulated around in various venues, the sole source being Recovering Grace.  Dr. John Cornish personally dropped that number on us as he was attempting to shut down efforts to defend Bill.

January 7, 2016: “According to Kari Underwood, founder of the Recovering Grace website, more than 30 women identified by name have recounted troubling interactions with Gothard that add up to a pattern of sexual harassment and abuse.”  (http://www.worldmag.com/2016/01/lawsuit_brings_new_accusations_against_bill_gothard )

Today: Number of women with stories to tell that have been identified on Recovering Grace and in the lawsuit:  Somewhere around 15.  One alleges sexual intercourse, one “fondling”, and one professes lewdness on Bill’s part.  Knowing what we know about the players we remain confident that their stories will not survive the court process.  The rest either accuse others besides Bill, or are in the category of “uncomfortable” things, like sitting too close or unwanted pats and taps.   One of these has had a police inquiry which ended with no charges, a determination that her claims included no sexual abuse or harassment.

We think that Recovering Grace has been playing fast and loose with their uncorroborated statistics in order to damage Bill’s reputation as much as possible. They have been lobbying for legal action against Bill for many years and openly soliciting for stories to make that happen.

After receiving the 60+ number from Dr. Cornish we challenged him with the reality that publishing false information about Bill that would lead people to conclude him guilty of sexual perversion was defamation “per se” and placed them in substantial liability.  After cutting off all social media access to us in response, we see that his second in command, Kari, has now put out a much more precise statement.  That statement avoids saying that 30 let alone 34 let alone 60+ women accuse Bill of “sexual abuse” or “sexual harassment”, somewhat specific terms, but that they have had “troubling interactions”.  That is double-speak for “trying to make a story out of a pattern that is itself not a story”.