Who is Bill Gothard… 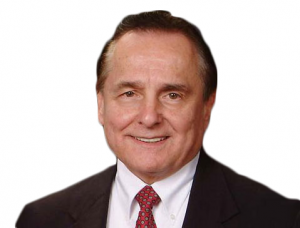 Bill Gothard has been a well-known Bible teacher on the national – and international – scene for over 50 years. Over a million alumni have attended his week-long 30 hour “Basic Youth Conflicts” seminar primarily in the 1970’s and 80’s, packing the largest coliseums and venues in city after city with no advertising other than word of mouth. His ministry, Institute in Basic Life Principles (IBLP), launched the Advanced Training Institute (ATI), in the 1980’s as an aggressive international Bible centered home schooling program. Many have testified to lasting life changes with marriages restored, families reconciled, victory over severe personal problems, and, most importantly, finding Christ as their Savior.

Bill has also been linked to controversy. Concerns have been raised over his teachings, finding fault with his stances on authority (“Umbrella of Protection”), dating, divorce and remarriage, rock music, use of the Old Testament law, and his teaching on the biblical concept of grace. A book called “A Matter of Basic Principles” (Veinot, Henzel) was published in the early 2000’s seeking to disclose problems in Bill’s doctrine, ministries and behavior.  An organization called Recovering Grace (http://recoveringgrace.org ) made up mostly of disillusioned former ATI students came to prominence in recent years with the purpose of countering Bill’s ministry and exposing problems. 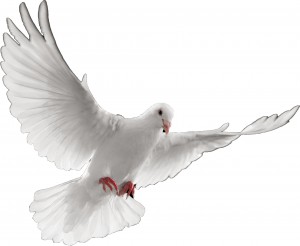 Some of us who have followed Bill’s ministry and have been blessed by it have sought to help in resolving issues raised by these accusations.  We have spoken to Bill directly and have found an 80 year old man deeply humbled by all that has gone on leading to his separation from IBLP, the ministry he founded, eager to correct whatever he can.  He continues to emphatically deny any criminal or moral failures.

Some of us have independently participated in the Recovering Grace blog, gathering facts and seeking to provide balancing information, correcting errors we were aware of. “Discovering Grace” came about after a number of us were separately banned from commenting on the site and subsequently found each other.

It is our wish to do our part in providing support to Bill and his ministry, giving honor to whom honor is due. As a group we remain in active communication with Bill as we seek to deal righteously with issues that are presented to us. A number of us have sat with him on a number of occasions and asked questions that needed to be answered. We have seen him assume full responsibility for issues that we knew had substance and troubled us. We have sought to facilitate the reconciliation process between him and others and will continue to do so.

We are theologians, housewives, retired folk, IT and business professionals. We do not report to Bill and it is certain that he will not be happy with all of what we deal with here. We continue to solicit review and comment privately by those who consider themselves adversaries. Ultimately the goal is to glorify the name of Jesus and see His purposes for His Kingdom and church furthered.

Those reading the articles we post may participate in the discussion. While contrary opinions are allowed and encouraged, it is our intent to limit the amount of negativity to that which we feel will further the agenda of reconciliation. Venting is OK up to a point . . . as long it is with a view towards correcting the problem and being able ultimately to fully forgive Bill for wrongs done.

DG staff include those who have themselves been deeply hurt by Bill – this is thus not purely a “fan” or “apologetics” site. It is our personal commitment to show love and respect to all that hurt and share their heart. All of us remain grateful to Bill and are committed to seeing him blessed . . . with all the blessings of grace and forgiveness.

Besides topic and opinion articles we are also providing a section for questions, which may also be submitted via Twitter and on Facebook. Those submitting questions may be identified to the degree they request, or less as determined by the editorial board. Questions may be edited for clarity, or combined.

May the Name of Jesus be exalted in all that goes on here.