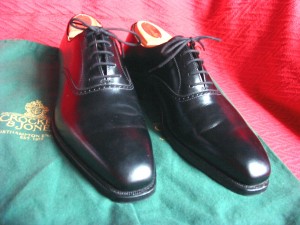 Pam, a poster, asked a series of questions in another thread about the “foot tapping”, “footsie” allegations against Bill. Still quite the top topic, it is worth its own thread.

“This is about the foot tapping behavior. So first of all, he admits it.”

WHAT he admitted to is, of course, vitally important. Bill has had a variety of familial quirks that he thought nothing of for 50 years of ministry. Tapping the feet of counselees or assistants to get their attention or to express affirmation to him has been exactly the same as tapping them on the shoulder or smiling at them in the middle of some unrelated activity. “I see you, you are important”.  It never has had sexual overtones, not for him, not for those so “tapped”.  That is fairly plain from the fact that despite open and unrestrained and public opposition to Bill and ATI for decades, nobody mentioned let alone complained about this until just the last couple of years, a coordinated and purposed effort by the group of disillusioned ex-ATI students calling themselves “Recovering Grace”.  We have seen evidence that some of those listed in the lawsuit thought nothing of “it” until contacted by others.  During the scandal involving Bill’s brother in the 1980s there was even a lawsuit alleging a sexually harassing workplace . . . Yet not a mention from any woman from that timeframe then or since about Bill and foot tapping.

So Bill admitted to not being sensitive to the emotions of some young women who were not comfortable with being touched at all, be that holding their hand during counseling, touching their shoulder, sitting close, or tapping their feet as he did on occasion.  Nothing more.

“But to WHOM does he admit doing it?”

Bill made a public statement a couple of years ago assuming responsibility for several such “quirks” that affected some in ways he never intended and certainly was not sensitive to.   We are convinced that attempts to turn this into a moral crisis were completely wrong and fueled by evil motives.

One who later joined our team was “tapped”. I finally got to actually talk this through with someone. She is adamant that it was nothing more than a “quirk” of his to get someone’s attention and express attention. And, yes, she saw him tap the feet of a primary male assistant in a van they were all traveling in.

“And what does Bill say about this foot tapping as far as when it took place, in private sessions with people or out in the open?”

He has stated repeatedly that nothing was done in secret, and everything in an encouraging, affirming way. I have read him excerpts from some of the accounts posted on RG and he adamantly denied – as overtly false – a number of details that suggested otherwise. The young lady I have spoken to emphasized that this foot activity was a minor thing, maybe happening 3-4 times in as many years, without emphasis, without meaning. This was one of the women closest to Bill. As someone who – like most of us – might appreciate extra money in a stressed life there is a bit of anger at attempts to twist this into something salacious, worth getting paid $50K for. With a little creativity she could be party to the lawsuit as well . . . but that would require damaging her conscience.

“If it is innocent and not sexual in nature, then one would expect it to happen to a lot of people.”

Go back to the picture of the “Shepherd of the Hills” pastor, holding the hands of “Sammy”, the young lady he has been counseling.  Is this “sexual in nature” in anyone’s wildest imaginations? The closest comparison would be the relationship of a father – or even grandfather.  Would you expect it to happen to a lot of people in public?  Such an interaction is neither sexual – “harassment” – nor something you do to everybody.

Back in 2012 Recovering Grace, having unsuccessfully attempted to tear down Bill Gothard’s ministry by attacking his teachings and posting complaints about alleged abuse of students, decided they needed to find a way to smear him morally or it just wasn’t going to happen.  They began their fishing expedition by observing “Sexual Abuse Awareness Month” for the entire month each April, encouraging their readership to bring in their stories that related to ATI in general, maybe even IBLP staff, and Bill in particular.  During April of 2012 a woman came forward with a lengthy two part story of “abuse” by Bill . . . alleging he “sexually harassed” her by holding her hands as he counseled her and tapping her feet with his.  Soon others followed, delighted to have moral cover to redefine something previously considered innocent – albeit quirky – as a moral crime.

RG finally had something “real” to focus on and spared on effort to exploit it. We know they actively sought women out to participate since some on our team were approached. Every instance where a poster said, “He held my hands”, “he touched my feet” was taken as “a sexual harrassment event”.  They now went to a media anxious to take down another conservative Christian leader and declared that “30 women”, and then a few months later “60 women”, were accusing Bill of “sexual harrassment . . . . and worse”.

With this kind of momentum it was only a matter of time before women began to surface with other embellished and fabricated accounts alleging various sexual crimes, culminating in the recent lawsuit.   It is stunning what the human heart will stoop to under the public encouragement of others let alone the hope of a big payout.  The second iteration of the lawsuit was the coup d’état, the holy grail, a detailed story by “Jane Doe II” about how Bill raped her at the Indianapolis Training Center.  The fact that this woman was well known within the Institute, her claims had been examined by authorities in two countries, and that she withdrew from the lawsuit once her claims were publicized by her lawyer are irrelevant.  There will be no retraction in the national media to correct the slanderous damage done.

RG efforts were enough to spook the IBLP board and many supporters, driving a wedge that drove Bill out without as much as a formal thank you – let alone a pension – for building up this world-wide ministry with millions of alumni over 50 years.  Recovering Grace – “Mission accomplished”!

And to think, it pretty much happened because they succeeded in labeling Bill’s foot nudging as something new and sexually charged: “Footsies”.  A “Minor Feet”!  We consider it a “Major Travesty” and will continue to do all we can to undo the mischief that has been executed against a man of God.