Is It Ever Right to Get Angry? 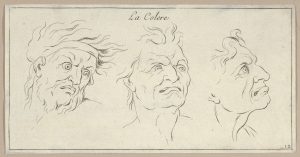 Bill has been preparing daily messages for some time, the fruit of his nightly meditations on Scripture.  Some of these have been published on Facebook.  We intend to select a few of these as topic pieces for the blog here.

Moses got angry when Pharoah refused to release the Israelites for a time of worship.  Jonah became angry when God changed His mind about destroying the wicked city of Nineveh, David got angry with the shepherd who stole his neighbor’s pet lamb, Elisha was angry with the 40 youths who mocked him for being bald, Jesus was angry with the merchants in the temple and drove them out. And did not Paul write, “Be angry and sin not” (Ephesians 4:26). With all these examples it would seem right to get angry sometimes.

God’s PUNISHMENT of Moses for his ANGER.

Moses was an angry man. He took his anger out on the Egyptian slave master by killing him. He got angry with Pharoah for rejecting God’s commend even though God told Moses that Pharoah would reject it. Moses lacked self-confidence by claiming that he was not a good speaker in spite of God telling him what to say. He expressed his frustration by getting angry. In an act of anger he threw down the tablets of stone on which God had written the ten commandments. His final act of anger was striking the rock rather than speaking to it as God commanded. This cost him the opportunity to enter the promised land.

The LACK of CHARACTER revealed in Jonah’s ANGER.

Nineveh was known for its cruelty, torture, sinfulness and murder. It is not surprising that Jonah dreaded going there. But when he preached against it, the king and all the people repented, and God postponed judgement. This caused Jonah to get angry. God pointed out Jonah’s lack of pity and compassion for all the people of the city who had just repented of their sins. God revealed that Jonah was as heartless as those whom he preached against!

When Nathan told David about a rich man who stole his neighbor’s pet lamb, “David’s anger was greatly kindled against the man.” Nathan replied, “You are the man!” (II Samuel 12:5,7). We tend to get angry with people who have the same failures that we have.

God’s condemnation of ALL ANGER!

Many people try to justify their anger by claiming that it is “righteous indignation.” There is no such word in the Bible. Instead, God condemns ALL ANGER by stating: “The wrath of man does NOT PRODUCE the RIGHTEOUSNESS of GOD” (James 1:20). Only God can be angry!

We are commanded to “Let all bitterness, and wrath, and ANGER…BE PUT AWAY FROM YOU” (Ephesians 4:31). This command is repeated in Colossians 3:8. Anger is not only futile it is damaging to the person’s health and all his relationships: “A man of great wrath shall suffer punishment” (Proverbs 19:19). “Wrath is cruel, ANGER is outrageous” (Proverbs 27:4).

Anger blocks out Godly qualities: “Be ye kind one to another, tenderhearted, forgiving one another, even as God for Christ’s sake has forgiven you” (Ephesians 4:32). God gives His conclusion on anger: “ANGER RESTS IN THE BOSOM OF FOOLS” (Ecclesiastes 7:9).