Shepherd of the Hills 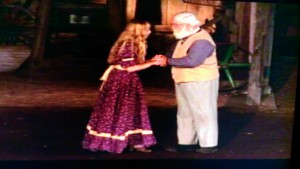 Branson, Missouri is a tourist destination in the Ozark mountains quite close to the Arkansas boarder.  The city has a great many entertainment venues and hotels, sort of a family friendly “Las Vegas” with a distinctive southern, hillbilly flavor.  The area rose to prominence over a century ago because of a best selling novel called “Shepherd of the Hills”, written by Harold Bell Wright.  Published around 1907, it is historically accurate fiction that tells the story of former city preacher Daniel Howitt who moves to the Branson area to become a shepherd.  Over the years he endears himself to the residents with his wise counsel and benevolent deeds; the residents affectionately call him “Dad”.  He caries a broken heart and, as the story unfolds, he is able to bring deep healing to one of the greatest tragedies of the community by being broken and then healed himself.

The book was so popular that tourists began to visit the area.  Starting with the only attraction in the area – tours of a large limestone cave – locals began to cater to their new guests.  Next to the cave they built a period flavored attraction called “Silver Dollar City”, then added a great many other venues over the years to make it the place it is today.  Reminders of the story live on, including the main  “Shepherd of the Hills Parkway” that leads through the city, and also in the “Shepherd of the Hills Outdoor Theater” which has for over 55 years run a well produced play depicting the story told in the novel (http://theshepherdofthehills.com/outdoordrama/)

While watching the play recently we were interested to observe the scene represented above and could not help think of the controversy swirling around Bill Gothard.  The comparisons are interesting.  “Dad” in the story is an older man dedicated to counseling others, especially focused on improving the lot of a young lady, “Sammy”.  Sammy is preparing for marriage and is unsure of many things, having lost her mother.  With her father’s blessing “Dad” gives her many hours of heart to heart counsel on things spiritual and practical, including teaching her how to speak with better grammar, dress, carry herself as a fine lady.  In the depicted scene he is helping her through a critical moment, clasping her hand in both of his as he looks into her eyes and speaks to her heart.

The depicted event seemed signicant because it so mirrored some of the situations that Bill has come under fire for.  See, this is exactly what Bill is doing and thinking as he at times has held the hands of the young ladies he has poured his life into.  He is counseling them with their parents’ permission and sees himself as “Dad” to them, a sentiment many have echoed back as well.  He counsels them on spiritual and practical matters, sometimes even on improving their appearance and deportment.  All of this to see them confident and successful in their future lives and marriages.

Similar scenes are seen in other classics like “Anne of Green Gables”.  Perhaps it hales back to a long forgotten day, but it is a day that Bill lives in, a man to many hopelessly “old fashioned”.

Should Bill have been more sensitive to the sensibilities of some of his counselees that felt uncomfortable with this type of attention and behavior?  Yes, he should have.  But what he did was done with pure motives, much like the “Shepherd of the Hills”.  And many young ladies have testified to the blessing he has been to them.  May this little example serve to provide another frame of reference to understand Bill and his 50 year ministry of counseling.

This is a scene from the Hollywood version of “The Shepherd of the Hills” staring John Wayne.  Depicting “The Shepherd” and “Sammy” are Harry Carey and Betty Field: 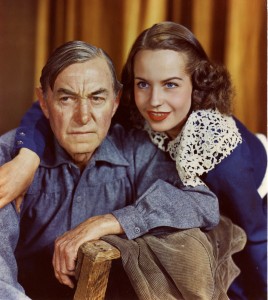