How Charles Spurgeon Could Have Conquered Evil Thoughts and Depression 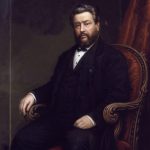 He is known as “The Prince of Preachers.” Even though he was born almost 200 years ago on June 19,1834, he is still the most quoted theologian of our day! He began preaching as a teenager in a village chapel; and soon no church in London was large enough to hold the crowds that came to hear him. His sermons were printed every Monday in the London Times and even in the New York Times. He was the “Preaching Sensation of London!”

When he died in 1892 at the age of 57, London went into mourning. 60,000 people came to view him as he lay in state. 100,000 mourners lined the streets as a two- mile- long funeral procession passed by. Flags flew at half -mast and shops were closed. With all his greatness there were two spiritual battles that plagued him: evil thoughts and depression!

Spurgeon’s sermon on the Power of the Holy Spirit

On June 17, 1855 Charles Spurgeon described his battle with evil thoughts:

“I hope that my will is managed by divine grace, but I am afraid my imagination is not at times. Those who have a fair share of imagination know what a difficult thing it is to control. You cannot restrain it. It will break the reins. You will never be able to manage it…With regard to myself, my imagination has taken me down to the vilest kennels and sewers of earth. It has given me thoughts so dreadful, that, while I could not avoid them, yet I was thoroughly horrified at them. These thoughts will come, and when I feel in the holiest frame, the most devoted to God, and the most earnest in prayer, it often happens that that is the very time when the plague breaks out the worst.”

How Charles Spurgeon could have conquered his evil thoughts

Vile thoughts cannot just be restrained and managed, they can and must be conquered! We are commanded to do this: “Casting down imaginations.” How do we do this? By “bringing into captivity every thought to the obedience of Christ” (II Corinthians 10:5).

The most crucial time to conquer evil thoughts is when we turn out the lights and get into bed. Our mind goes into “neutral” and our imagination becomes like a loose cannon on a raging ocean. It goes from one thought to another in a split second. Evil thoughts will then usually come. They come from the darkness of our soul and from the prince of darkness.

The most powerful way to conquer ALL these thoughts is to quote a new verse of Scripture to God every night while going to sleep. The light of God’s word will conquer every dark thought and then go down to our gut brain and increase our serotonin level which will overcome depression. We cannot “push” dark thoughts out of our mind any more than we can push darkness out of a room. But light always conquers darkness. All evil thoughts really do vanish when you go sleep quoting Scripture! This one daily activity would have conquered Charles Spurgeon’s evil thoughts and his depression!