Bill and the Board 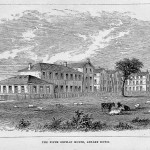 One of our contributors “JM” has focused on Bill’s relationship to the Board, expressing his conviction that, Biblically and legally, Bill needs to take what they have given him and move on. As the discussions were long and the blog constraints were making it difficult to continue the “side thread”, we are breaking this out here in response to his frustration. A few statements expressing our position, then we invite him (and others) to restate their positions to continue the discussion.

POINT 1: Among the many complaints against Bill Gothard has been the accusation that he has not submitted himself to the IBLP Board of Directors, consistently defying them.

We have spoken to Bill about this repeatedly, having brought up the various examples presented to us, and it is our conviction that while Bill remains fiercely independent in his first loyalty to the Lord and the calling He has given, he has never failed to address issues that he has been challenged with, at times going to great lengths to fix the issues that the Board has directed him toward. We do not believe Bill to have ever disobeyed the Board.

POINT 2: The general concept of the need for a servant of the Lord such as Bill to be directly accountable to a Board is widely held. It is our conviction that there is no Scripture requirement for this outside of obeying government rules. In support, we have mentioned:

“Obey them that have the rule over you, and submit yourselves: for they watch for your souls, as they that must give account, that they may do it with joy, and not with grief: for that is unprofitable for you.” (Hebrews 13:17)

“I write not these things to shame you, but as my beloved sons I warn you. For though ye have ten thousand instructors in Christ, yet have ye not many fathers: for in Christ Jesus I have begotten you through the gospel. Wherefore I beseech you, be ye followers of me.” (1 Cor. 4:14-16)

As such they are, in fact, individually accountable to Bill as a spiritual father and have a responsibility to respect and obey him. Which doesn’t mean they can’t independently do their job as required by the state . . . but it does change the “obey” and “spiritual authority” question substantially.

POINT 3: Our greatest grief has been the unwillingness of the Board to directly address their concerns with Bill, whatever they be. Bill pulled away, “resigned”, when several family members and staff, overwhelmed by the crush of accusations, demanded he do so with the threat of resigning themselves. His acquiescence was based on the Scriptural mandate to “leave your gift at the altar”, first go and be reconciled with those that are offended . . . and then return to “offer your gift”. Instead of supporting Bill in this effort to fix the situation as demanded by the Lord, let alone reconvening the conversation once no accusers remained a year ago, the Board summarily cut ties, including banning him from ministry property and then calling the police when he showed up at a conference. Since they continue to insist that Bill is unworthy to return because he was “inappropriate”, they owe it to him and the alumni, let alone the Lord, to spell these accusations out and allow him to respond. The Scriptural mandate:

“Rebuke not an elder, but intreat him as a father; and the younger men as brethren. . . Against an elder receive not an accusation, but before two or three witnesses. Them that sin rebuke before all, that others also may fear.” (1 Tim. 5:1, 19-20)

None of this has happened. He has in no way been treated with the respect of a father, accusations were accepted before validation, 2-3 witnesses cannot be produced who have “established every word” of an accusation against him, allowing him to answer and prove otherwise, and he has subsequently not been “rebuked before all” for proven issues. They just want him to disappear and not trouble them any more.

“JM” has taken exception to this, believing that these precepts for an “elder” do not apply to Bill given that IBLP is not a church. We disagree. “Render therefore to all their dues: tribute to whom tribute is due; custom to whom custom; fear to whom fear; honour to whom honour.” (Romans 13:7) With millions of alumni and ATI family and students standing behind him, Bill is due honor that has not been given him, and it is time to rectify this situation.

Addendum: Whether Bill and his supporters must accept the edicts of the Board because they have unlimited, unchecked power to relieve him of his life’s work without lodging any formal charges against him and continue to use that work and the substantial resources accumulated in support against his wishes may be put to a formal test soon. We understand a lawsuit was filed last week in the 18th Judicial Circuit Court of Dupage County, Illinois against the Board on behalf of Bill and portions of the ministry that side with him. May the Lord have mercy on us all, preside as the ultimate Judge over all to glorify His name and advance His kingdom in these last days.