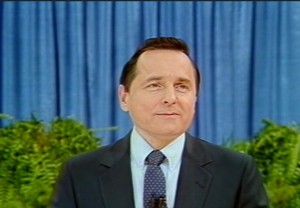 We commented that a non-trivial number of Bill adversaries, including some “regulars” on Recovering Grace have never attended a single IBLP seminar or program, let alone met Bill.  My friend Chris Symonds replied asking whether this should matter.  In response we said:

“I really do like you, Chris. Your opinions are important, but not nearly as important as those that have tried it and lived it. Makes sense, right? The club is not secret, it is wide open – and already contains millions the world over. Would you humor me and at least watch the first session of the Basic Seminar? Then tell me what you think.”

Then we included the link to that session:  Basic Seminar Session 01: How to Discern Root Causes From Surface Problems

Chris took the challenge and proceeded with comments, which we will attempt to transfer here.  Those who find themselves in the same situation are welcome to examine this 70 minute session as well, at no cost.