Bill Gothard Went Down to Texas 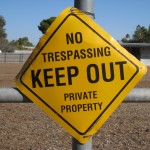 Monday Bill Gothard went down to Texas to the 2018 annual Big Sandy ATI conference.  Bill is currently estranged from IBLP, the ministry he founded, as the Board of Directors received accusations made against him four years ago by disgruntled former students in his ATI (Advanced Training Institute)   The $8 million dollar, 17 plaintiff lawsuit brought against him and IBLP in the wake of that was dismissed a couple of months back as the cases fell apart for the second time.  Yet, despite the sudden lack of voices raised against him, the Board has been deliberately indifferent towards him, not even willing to publicly acknowledge the incredible deliverance that God has wrought.

For four years 83 year old Bill has been living alone in the house he was raised in, using his kitchen table as a desk, supported by a mishmash of unpaid volunteers.  Besides Social Security against his prior salary of $25,000 he has no income, sustained by gifts from donors and sales of the books he has written since leaving IBLP.  To add insult to this situation, Bill was told years ago he was not to set foot on IBLP property or be present at any event “or else we will call the police”.  In four years he was allowed back to his office once, with lawyers present, to fetch personal effects and papers important to him, that even years after the initial ban.

His greatest joy in life has been the fellowship of those that have been blessed by his 50 year ministry in venues such as these annual conferences scattered across the country.  It is his energy, his strength. Bill apparently decided he had had enough of the isolation.  This week he took a young man who had been helping him, climbed into his car and drove the two of them 14 hours down to Big Sandy.  When they arrived he registered them as participants, paid the several hundred dollars for them to attend, and walked into the main venue.  As folks recognized him they gathered around for a joyful reunion.  Many came up to thank him for being the instrument of a saved marriage, saved finances, saved family, and coming to know Jesus in salvation.

Board members Dr. Tim Levendusky, Dr. Stephen Paine, and Gil Bates showed up not long thereafter and insisted they follow them into a small side room.  There they demanded that he leave immediately.  He explained he had driven all that way to see the people that he loved, and to deliver a message to the Board, which he expected to be allowed to discuss with them before he left.  After several other threats to call the police and then a demand that he stay in the small room they were in “out of sight”, they agreed that he would be given the opportunity to meet with them at the end of the evening, let him go and left him alone for the balance of the sessions.

During each break the lines of participants wanting to speak with Bill grew longer and longer, hundreds.  It was clear that both they and he were very happy.  At the end of the evening Mr. Bates approached Bill and told him to go to the administration building where they would have their chat, overtly refusing much nearer venues.  Others around Bill urged him not to leave the public area, cautioning him that it was a trap.  Gil Bates told them, “We love Bill, we are not going to hurt him”.  Bill agreed to go, as this was the chat he had been promised before leaving.  He told his young man, “They finally will talk to me, what I have waited four years for”.

When they arrived Mr. Bates and Dr. Paine were there to meet him – Bill asked where Dr. Levendusky was, as he wished to address the entire board, but was just told that he was “unavailable”.  Bill sat down, expecting a discussion, but they remained standing, telling him, “We are not going to talk with you – just present your papers so you can leave”.  After several attempts to get them to honor the promise made earlier, he presented his papers, which included an appeal by several previous Board members to the present Board to reinstate him.

As Bill got up to leave, he was confronted by an Alert officer who made a rehearsed statement:  “Did you refuse a request from my authorities to leave, Yes or No?”  Bill clarified that he was promised a meeting with the Board, and that was why he had stayed.  The officer repeated the question:  “Please answer yes or no”.   After several rounds of this Bill said the words they were looking for, something that started with “Yes, I did not leave because I was waiting for the meeting I drove all this way to have”.  Immediately a policeman stepped forward who had been recording the entire staged interchange on his vest video camera.  He told Bill that he was guilty of criminal trespass because this – Big Sandy – was “private property” and “these gentlemen do not want you here”.  He nicely asked Bill to sign the citation he had there because it was “no big deal” and he, the officer, simply had to document that he was there and had delivered the message.  Bill asked that the citation be amended to include the important point that he stayed because he was waiting for his meeting.  The officer stated that could not be done, again asking him to sign.  Bill refused to sign several times.  At that point the officer became frustrated and asked, forcefully:  “Are you refusing to sign this citation?!”  Bill’s assistant, fearing further trouble, urged Bill to sign, which he reluctantly did. 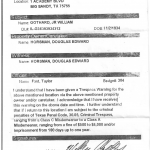 Bill is charged with “Criminal Trespass” for attending the Big Sandy conference.

The citation, as you can see, makes it clear that, should Bill ever set foot on Big Sandy property again, he will be liable for a large fine and time in prison.  As part of this indignity he was forced to have someone else drive him off the property in his own car . . . The property that God had supplied to Bill’s ministry many years before in answer to prayer.  And so he returned to his hotel – and a day later, drove himself and his assistant back home to Chicago.

We have held off publishing our account this long because we were getting conflicting reports and needed to speak to all involved.  There are several things we would like to note:

We continue to pray that the Lord may intervene and work in hearts on all sides to bring this to a godly concluion.  That His name is not damaged, instead His work furthered by all involved.  That fellow believers will soon once again walk together in peace, love and harmony.

May 12, 2018 Update:  We did receive the media file of the interaction of Bill with the two members of the Board assembled in the admin building, and then the officer that cited him.  While it is a video, it is the video of the dash cam of the squad car, with the audio piped in from the officer’s vest.  So there is little to see, but lots to hear.  The initial faint audio is of Bill addressing Dr. Paine and Gil Bates in what he had understood to been a meeting with the Board, yet with no Dr. Levendusky.  So he is presenting his papers that make his case for reinstatement along with the threat of legal action if not.  The officer comes in quietly.  Once he is there, at the 8 minute mark, the Alert commander comes up and asks Bill if he had refused to leave earlier when asked to which he answers “Yes”.  He is not allowed to provide the caveat that he had subsequently been promised a meeting as the condition for him leaving, but is immediately told he was to be cited for trespassing.  Immediately the officer, having recorded that, moves in to execute the “Criminal Tresspass Report”, a warning that the next infraction would be followed by a hefty fine and imprisonment.  Bill asks repeatedly that the record reflect the important point that the Board had agreed to the talk he had requested as the condition for him leaving, but the officer refuses to alter the comments.  Judge for yourself:  Here is the video.  We believe we accurately reported the interaction and continue to look to the Board to explain how, after 50 years of uninterrupted service by Bill to them and to us, including the procurement of the beautiful facilities in which they all stood, they could allow themselves to entrap him in this way and come to a place where they were willing to see him in jail rather than meet with him to discuss his deeply held concerns.