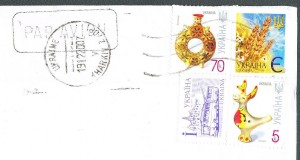 One of the “Jane Doe’s” in the recently dismissed lawsuit, Emily Jaeger, posted a personal statement on Spiritual Sounding Board besides the general statement presented by all the former plaintiffs.

Bill contacted us and asked if we would post his response. It is provided below:

After reading your response to your lawyers dropping your lawsuit, I want you to know that you cannot say or do anything that will diminish my life-long commitment to serve you and your family in whatever ways I can. I believe that the best way I can serve you right now is to remind you of the real motives behind my attempts to help you.

According to your affidavit, you met me in 2006 at the Total Health Conference in Indianapolis, Indiana when you were 13 years old. You and your mother attended this conference because you were suffering from severe Crohn’s Disease. You were also trying to “cope with the turmoil as a result of abuse” in your family.

Four years later, in 2010, I wrote the following entry in my journal: “I met Emily Jaeger. She was sitting in the hallway in tears. When I asked her what was wrong, she told me about her Crohn’s Disease and the medical complications from it. She also explained that she was having major conflicts with her father. I pointed out the need for her to get away stress because that is a major contributor to Crohn’s Disease. I also emphasized the need to resolve her conflicts with her father.”

Crohn’s Disease is no small matter. It is a life-threatening condition. In 2006, your parent’s requested a scholarship for the ATI program because of ”our 13-year-old daughter Emily’s ongoing illnesses…The doctors said it was the second severest case of Crohn’s Disease they had seen in five years”. The next year, 2007, they renewed their request for a scholarship stating, “the reason for our continual financial duress is our daughter Emily’s physical battle with Crohn’s disease…we have costs that have averaged $2,400.00 per month…last year we paid over $28,000.00 worth of medical expenses not covered by insurance.”

Each year I would see you and your mother at the Regional Conference in Indianapolis, and each year you would report the same problems. Finally, in 2011, when you were 18 years old, I offered to call your father to see if we could work out a plan that would resolve your stress and rebuild your relationship with him. Based on that phone call, you and your mother visited the headquarters for ten days.

During that time, I met with you and your mother, contacted two health professionals who had success with Crohn’s Disease, and bought and paid $1,000.00 for products that would boost your immune system. Once again, I called your father and discussed the need for you to resolve your stress and restore your relationship him.

At the end of that ten days your mother wrote,

Thank you, indeed, for sharing God’s love with us for the week we were at IBLP Headquarters. Your sensitivity to our needs and time from your busy schedule to talk with us is greatly appreciated. It is by God’s grace and the influence of your teaching in the Seminars since 1973 for me have been what has kept us together thus far.

Can you imagine the shock I experienced when you posted your negative account of our contacts under the headline of “sexual harassment”? None of the above factors were included in your story. I brought this to your attention in a phone conference with you and your mother. You both agreed that the article gave the wrong impression and asked the website to remove it.

On May 28, 2012, your mother wrote the following email to the RG website explaining why she and you wanted your story removed:

“First of all, neither Emily nor I ever felt like she was being sexual harassed in any instance. The fact that her post was made under the original article about sexual harassment gives people the impression.”

Then you wrote an additional letter to me stating,

“I want to apologize again for ever posting on RG.  I will always regret it. Now that I understand a little more about RG, I am deeply disappointed in what they are doing.”

With all of this as background, can you imagine my greater shock when you became one of the Plaintiffs in the lawsuit that has the goal of destroying me and the entire seminar ministry? My first concern was how this was going to affect your health. I continue to pray for you and your family and would be thrilled to hear from you.

Through Christ our Lord,